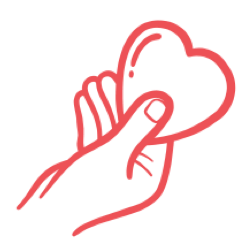 Help us be there for more people during the coronavirus outbreak and beyond.

An online survey by YouGov of 2,000 UK adults found that one quarter of adults who have experienced money problems (25%) said they felt guilty about their money problems and 41% felt embarrassed. While just under 3 in 10 (28%) didn’t talk about these problems to anyone, and half of all adults (50%) said they wouldn’t know where to get support.

This is leading to unhealthy behaviour. People who have had money problems revealed that they drank more alcohol (15%) and smoked (13%) more to cope.

Money issues are widespread with nearly 3 in 10 (27%) of people have struggled to pay bills or rent. Mental Health UK estimates that four million people in the UK are at risk of mental health issues because they’re having financial difficulties.

Mental Health UK offers free information, support and advice for anyone affected by mental health and money issues through its Mental Health and Money Advice service.

“These figures show just how vicious the cycle of mental health and money problems can be.

“People feel embarrassed and isolated, and don’t know where to get help. Instead they bottle up feelings of stress, anger and depression, and turn to unhealthy things like smoking and drinking. Of course, this only makes the problem worse and that’s how things can spiral downwards. As this research shows, this can eventually lead to suicidal thoughts.

“We want more people to be aware of the link between money troubles and mental health problems, to recognise when they might be struggling, and be able to reach out for help when they need it.” 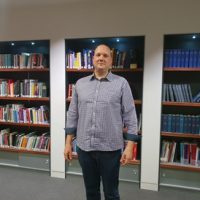 “My debt problems began at around the same time as my mental health problems while I was at university. I was drinking a lot and debts began to build. As I got into work both mental health problems and debts continued to get worse. At one point I was in £30,000 of debt. I never thought I'd be alive long enough to pay it back, so I didn’t really worry about the debt. Looking back, I could easily have ended up homeless or ending my life.”

For more information or to interview the case study or spokesperson, please contact Clare Keeling at clare.keeling@rethink.org or 0207 840 3138.

All figures, unless otherwise stated, are from YouGov Plc. Total sample size was 2038 adults. Fieldwork was undertaken between 7th – 8th June 2018. The survey was carried out online. The figures have been weighted and are representative of all GB adults (aged 18+).

About Mental Health and Money Advice