Improve mental health in your workplace

Our training provides you will the tools to create an open culture at work and break down the stigma associated with mental health.

Siemens Healthineers have announced that Mental Health UK will be one of their new Charities of Choice.

The medical technology company’s Corporate Social Responsibility initiative invites employees across Great Britain to vote for two charities to support every two years. With five UK charities to pick from, the 2021 vote confirmed that colleagues have decided to support us, alongside another incredible cause, Cure Leukaemia.

Our appointment will follow on from two-year partnerships with Macmillan Cancer Support and brain tumour charity, brainstrust, for whom employees raised over £16,000 through a combination of internal events.

Covid-19 has caused increased demand for several charitable services. With eight out of ten charities expecting the pandemic to have a negative impact on delivering their objectives.

The pandemic has, in many cases, exacerbated loneliness, with 2.6 million adults across the UK reporting they feel lonely “often” or “always”. Through our partnership with Siemens Healthineers, we aim to support our services like Clic, an online space to talk about mental health, which we launched in response to challenges raised by the crisis. 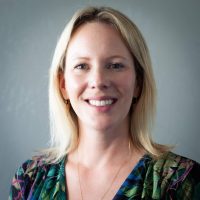 “We are proud to be partnering with Siemens Healthineers at such a critical time. Recent research suggests up to 8.5 million adults will experience poor mental health in the coming years, owing to the pandemic. Siemens Healthineers will help us support more people when they need it most. Thank you to all the staff who voted for us - together we will support thousands of people in managing their mental health.”

Alongside Cure Leukaemia, we will remain Charities of Choice for the next two years during which employees of Siemens Healthineers across the UK will come together to raise funds for the two causes.

Our new ‘Homes for Refugees’ community on Clic