While studying at college I started working in a local factory, I was developing strange thoughts that everyone was out to get me. I isolated myself and eventually became too afraid to go to work. I locked myself in my bedroom to keep myself safe.

I had become a shadow of my former self with absolutely no confidence and delusional thoughts. I started believing that I wasn’t who I was, my television was sending me messages and that I could telepathically talk to friends. I soon developed a voice in my mind. Their words contradicted anything positive that the real me had thought.

When my parents realised there was something seriously wrong, they took me to our GP. I was referred to a Community Mental Health Team who assessed me and sent me to stay in hospital. I felt like I was at rock bottom. I was diagnosed with schizophrenia and put on medication. After 2 weeks I was discharged, but this was only the beginning of my journey.

I continued to stay inside my home. Though I no longer believed the delusional thoughts I had before, I still heard a negative voice in my mind and I continued to suffer with anxiety and depression.

I tried a few different antipsychotic drugs and eventually found one which helped. Soon after this I was informed about MindWise by the Community Mental Health Team. I trusted my key worker so decided to give it a go. My family took me to the service for the first time and I felt really anxious, but everyone was understanding. I’d try anything to help my illness, so I said I’d join.

The service had a woodwork shop. This gave me a purpose and made me feel a part of something, as well as having support from staff who encouraged me and made me feel accepted. I really enjoyed the fact that I could open up to them and other members as they were experiencing the same as me, though I was still scared and could not communicate on a normal level with anyone else.

With MindWise I did not feel as useless or as socially isolated anymore. I was out and about again though I still had a long way to go. I was asked by staff at MindWise to join a new horticulture program. I feared failure but said I would join. This is when my real transformation to reality began.

We attended the allotment twice a week and class twice a week. I met new people who I keep in contact with still. 3 people went on into part-time jobs and I was asked to stay with the program and work as a volunteer assistant alongside the tutor, I could not believe my luck.

I was encouraged by the staff at MindWise and was always reminded how well I was doing.  Later I went on to secure a part-time job there. Without MindWise, the support and opportunities that they gave me I do not believe I would be where I am now.

I started as a client and was supported to develop as a person, through hard times, while also being given the opportunities to develop through the programs that they run.

I would advise anyone with a mental illness to seek and believe in the help or programs you are offered. Believe in yourself and know that recovery and a better quality of life is achievable. You can do it with small steps and the right support. You are also the expert on yourself and follow what you feel is right.

Please note: Names and identifying details have been changed to protect the privacy of individuals. 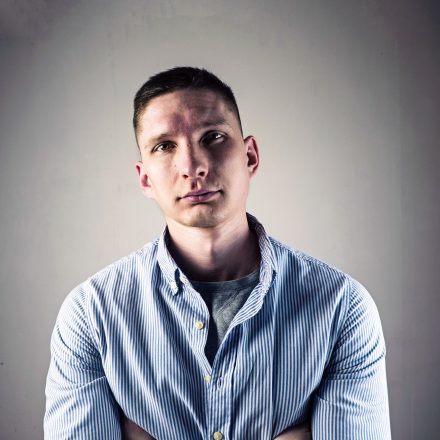 "Group members all have their own issues, but we all come together for support and that’s what helped me."