Amy explained “MindWise wanted to ensure we created a programme for a group of people who were in the greatest need of mental health support. We listened to what we were hearing from various mental health committees and boards and researched relevant surveys and reports. Our overwhelming finding was the need for child mental health support within primary schools. One NHS study from July 2020 stated that ‘clinically significant mental health conditions amongst children had risen by 50% compared to 2017.’ Research also showed that this age group learn exceptionally well through playing with bricks and so Beyond Bricks was born.” 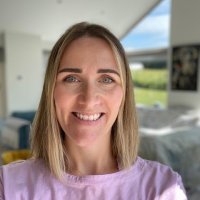 The programme enhances young people’s overall mental health using Lego® Based Therapy and interactive workshops to give them a space to explore and discuss and develop skills to help with their wellbeing throughout life.

What were the findings after six months?

Beyond Bricks has just completed its first full set of workshops and training with 7 schools, 32 teachers and 361 students and so far the feedback has been really positive. Amy told us “one teacher reported that if she had taken part in the programme at the beginning of the year, she felt the relationships with her students would have been different as she would have had a common language in the class to support them. A young boy with autism told her that the Beyond Bricks helped him ‘build strong friendships’ and that was ‘amazing’.”

This story, from one of the teachers who trained as part of the programme, really exemplifies the wonderful impact that Beyond Bricks is having on children.

“One of our boys in the class lost his dad in November 2021. He has been really struggling to cope with his emotions and had been losing his temper quickly with others in the class. This led to issues in the playground in particular, and often he had his playtime with his friends shortened or removed. He has been engaging so well with Beyond Bricks and we have seen a real change in him.  His mum came to collect him the other day and thanked me for the change she had seen in her son – he had told her that he had been allowed a full week of lunchtimes playing with friends this week and how happy he was about that. When she asked him why that was, he said because he has learnt about himself and how to control his emotions better in the Beyond Bricks programme.”

Beyond Bricks has allowed MindWise to support children to notice and understand their core emotions and behaviours. With support and guidance in the workshops they have created a space for young people to choose new opportunities and activities to look after their wellbeing, now and into the future. Amy told us how “it’s been a pleasure to create and develop this programme – I have enjoyed using my 18 years of experience in mental health and youth work to discover new ways of engaging young people and helping them grow and take ownership of their emotional and mental health.”

If you are a Lloyds Banking Group colleague, you can explore other projects, like Beyond Bricks, that your fundraising has supported: Helping Communities Prosper – Mental Health UK (mentalhealth-uk.org)

How Exertis UK are breaking down the stigma surrounding mental health

Why Christmas isn’t easy for everyone and how to cope